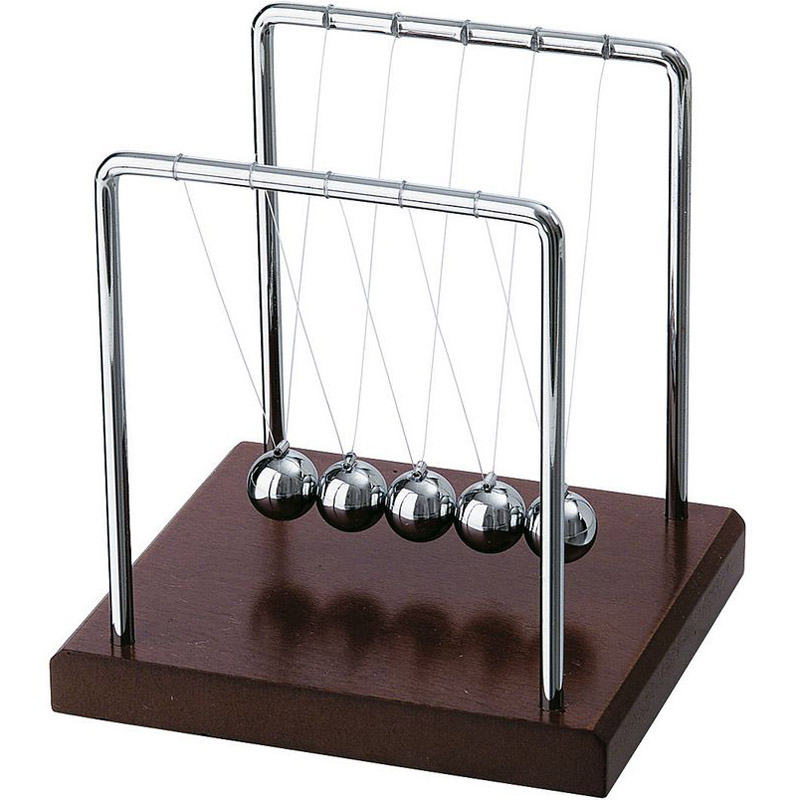 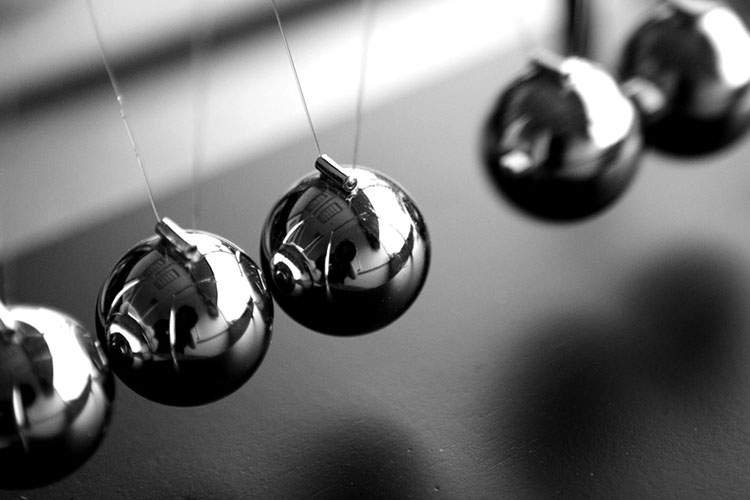 Newton's Cradle is a clever device that not only demonstrates a pendulum, but also shows the Laws of Conservation of Momentum and Energy. Friction and damping effects are also observed. This device is often used as a toy to amuse people.

We are specialized in producing Newton's Cradle.

Besides, Newton's Cradle, as a classical toy, It is also a good educational toy for kids to learn more about physics.

Various designs, sizes and colors of Newton's Cradle are available. And client's logos are welcomed.

Ideal situation
There is a problem with the actual Newton's pendulum: a moving ball behaves as if its mass were concentrated in its geometric center. In an ideal Newton's pendulum, the metal spheres are exactly the same mass and will collide perfectly.

Conservation of momentum
The law of conservation of momentum states that in a closed system, the momentum in a given direction is constant. Momentum is expressed as: p=mv (p stands for momentum, m stands for mass, v stands for velocity in a given direction) When ball A hits ball B, it moves in a specific direction, such as from east to west. That means, its momentum (momentum is a vector) also moves in the direction from east to west. Any change in the direction of the ball's motion will result in a change in momentum, which can only be achieved if an external force acts on it. That's why ball A doesn't simply bounce off ball B - its momentum transfers energy through all the balls in an east-to-west direction. In fact, Newton's pendulum is not a closed system, and the metal ball is still under the action of gravity, which will slow down the speed of the small ball until it stops (the momentum is not conserved at this time). When the last ball can no longer transmit momentum and energy, it is bounced off. When it moves to its highest point, it contains only potential energy, and the kinetic energy decreases to zero, gravity moves it downward, and the cycle begins again.

Conservation of energy
The law of conservation of energy states that in a closed system, the total energy is constant. Energy is expressed as representing kinetic energy) When a ball at one end collides with a set of balls with a certain amount of energy, its energy will be transferred to the ball at the other end (instead of disappearing). 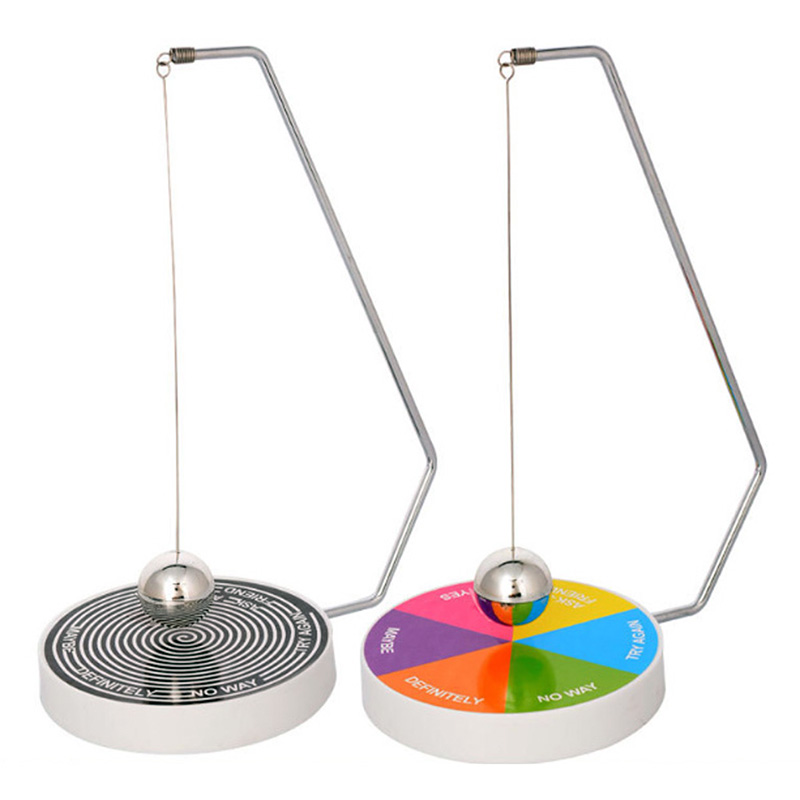 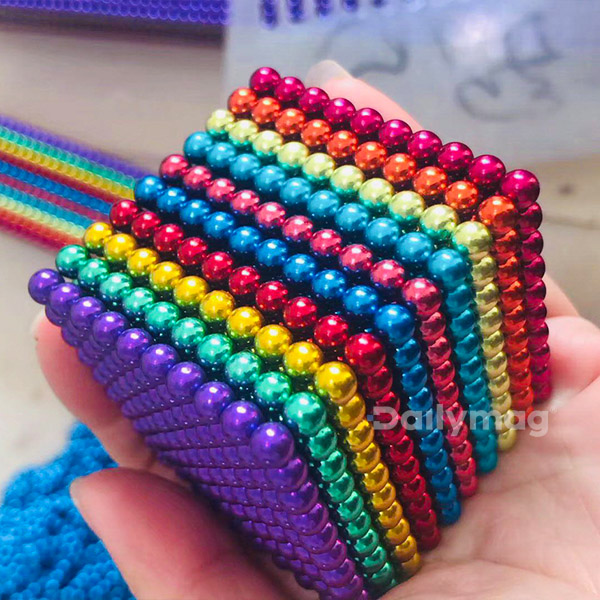 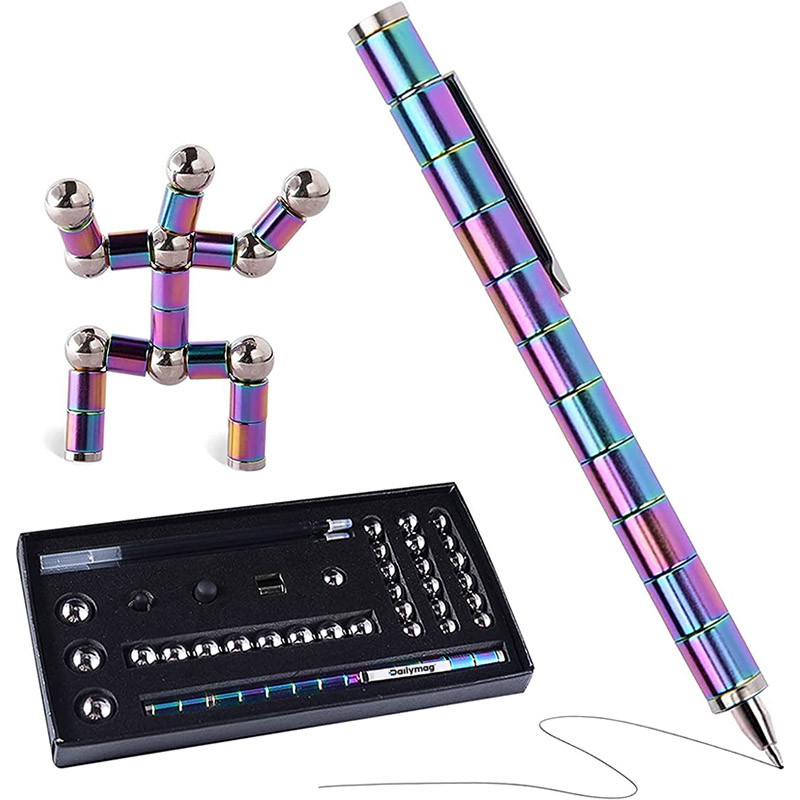 Magnetic Fidget Pen is a amazing pen that can be a magnetic ...

Send Us a Message

Our experienced and professional team is skilled in designing Magnetic Toy just for you, and we understand the needs of the recycling industry.